How can I tell if a Chinese bun is vegan or not? 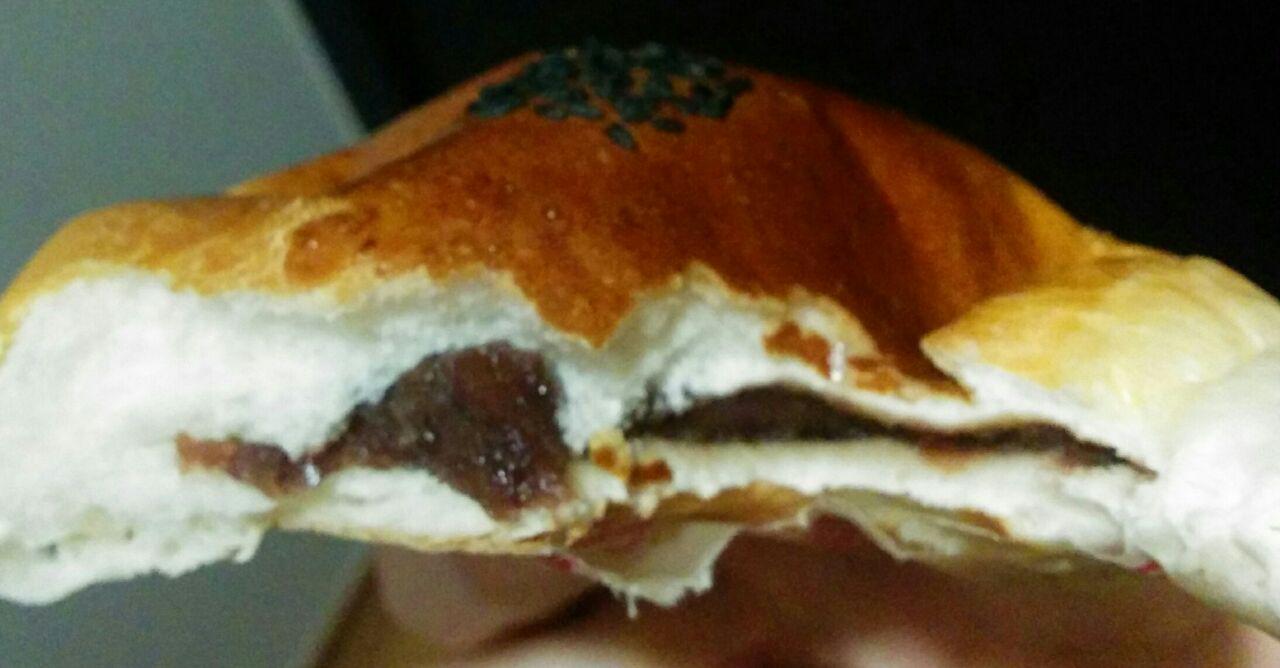 In Hong Kong Chinese bakeries buns are very typical, and have a lot of different vegan fillings as pumpkin, taro or red bean (as in the picture).

I am not sure however that the bun itself is vegan. I tried asking the people who were running the place but they didn't speak English so I don't know.

Looking on the internet I've found contradictory information. On this site they say that normally these kinds of bun contain a mix of milk, egg and fat but I have also found among the top results of my search a vegan recipe to make those buns and a place that produces them for wholesale using just vegan ingredients.

So I was wondering, is there any way of knowing if these buns are vegan or not?

The classic steamed bun (which may instead or additionally be fried) is generally a yeast or possibly soda-risen bread dough. Sweet versions are sweetened with sugar. They will sometimes be enriched with lard, butter, vegetable shortening, oil or milk. Baked buns are very likely to be enriched with milk, butter and/or eggs.

Both of the recipes you link to are basically for standard steamed buns (the second one has an option for frying). The one in your photo appears to have been either fried (this may be done after steaming or used as the sole cooking method) or baked. By the evenness of the crust and the shape, I'm inclined to think it was baked. It looks to me like a baked bun overall.

Here's a recipe for baked red bean buns that I think is more similar to the bun in your photo than either of the vegan recipes you linked to, which are for a different (steamed/fried) type of bun. My own experience in Chinese bakeries in Zhongshan was that the sweet baked buns were similar to brioche, enriched with butter and egg.

I am inclined to think your bun is not vegan.

Caveat: there is no way to tell by looking at the bun whether it was made with lard or butter or vegetable fat or without any added fat at all, especially if it has been fried or glazed, since the crust will define the overall appearance. A soft, fluffy texture may be achieved with skill and different ingredient combinations, vegan or otherwise. You may be able to smell the presence of dairy or lard, but I can't tell you how to do that, and you really have to eat it to get the full identification-by-aroma experience :( Ultimately you cannot be certain if the person who made the bun can't advise you.