Is it possible to make silk without killing the creatures that produce it?

I know that the silkworms are killed in the process of making silk, and so I try to avoid buying it.

Although any process that uses animals may be considered non-vegan even if the animals are not killed, I was wondering if there was a way to produce silk that does not involve killing its producers, since it seems to me that the silk is really a kind of waste-product once the creature has finished with it, and I might consider using a type of silk made by a non-violent process.

Yes. There is a process in which the silk worms are not harmed when the silk is extracted. That process is called Ahimsa silk meaning peace silk.

The production of silk is called Sericulture. In the production of regular silk, the cocoons are immersed in boiling water to kill the worms and spool the silk yarn. This the reason why vegans and animal lovers refrain themselves from wearing and buying silk garments.

Kusuma Rajaiah, a government officer from India's Andhra Pradesh state, applied the theories behind the Ahimsa way of life to the making of silk and found that it was possible to create silk without killing the creatures that created it. His idea involves a gentler method, specifically letting the worms hatch and then using the cocoons once vacant. He started deploying this process in the year 1992 and has hence been supported by a larger community of people interested in the welfare and rights of animals and non-humans.

Process of producing silk in this process:

The process of creating silk humanely begins in one of two ways: either the pupa is allowed to hatch and the leftover cocoon is then used to create silk, or the cocoon may be cut open, achieving much the same result but often saving the resultant material from contamination by urine from the hatching moth.

With ahimsa silk, however, cocoons are left alone for seven to 10 days. Once the worms mature, they are allowed to pierce the cocoons and fly away as moths. Only then does the manufacture of peace silk begin. Each cocoon is checked individually to ensure that the moth has escaped before the silk thread is spun.

Spinning takes around two months and weaving another month. In other words, shipments can be ready three months after the moths escape. We can produce up to 2,000 meters per month. Ahimsa silk is promoted as having the popular properties of regular silk. Even though it is slightly less lustrous, it is even softer to the touch.

Ahimsa silk fabric is a bit expensive than normal produced fabric. Due to its higher price, it is not reached to some classes of society. But it is gaining popularity.

The inventor of this process says

People are becoming more environmentally aware and compassionate to animals. Though ahimsa silk may not replace regular silk, we are confident it will be adopted by those who are concerned about animals,”

He started marketing this silk and also holds a patent in this process. He has received many awards, appreciations from community for this process and this silk is gaining popularity. There are many articles published his work for saving silkworms. 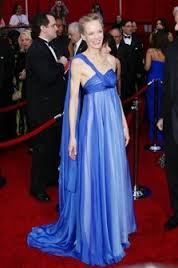 You can contact the manufacturers to know more details about this silk and place orders.

Not the answer you're looking for? Browse other questions tagged veganism fabric or ask your own question.

15
Can the material for food allergies tests be obtained without causing harm to animals?
11
Is there a book similar to “On Cooking” that will teach the fundamental principles of cooking, from a vegan perspective?
11
Is it possible to make vegan crepes?
12
How can I make vegan ice cream myself without expensive equipment?