Have there been any studies comparing milk consuming countries against mainly vegan countries? [closed]

Ask Question
Asked 2 years, 4 months ago
Modified 2 years, 3 months ago
Viewed 98 times
2
Closed. This question needs to be more focused. It is not currently accepting answers.

According to Vegetarian, vegan diets and multiple health outcomes: A systematic review with meta-analysis of observational studies (Critical Reviews in Food Science and Nutrition, 2017, both vegan and vegetarian diets can be associated with better health outcomes:

Next, in some studies: Milk and dairy products: good or bad for human health? An assessment of the totality of scientific evidence (Food and Nutrition Research, 2016, they have found association between milk/dairy consumption and reduced risk of some chronic diseases:

The totality of available scientific evidence supports that intake of milk and dairy products contribute to meet nutrient recommendations, and may protect against the most prevalent chronic diseases, whereas very few adverse effects have been reported.

From the data about per capita milk consumption and veganism in various countries and prevalence of various diseases in those countries, you can't make any reliable conclusions about the effect of milk and veganism on health. On the other hand, you can check for such association in studies in milk consumers or vegans. So, the studies need to include only the actual milk consumers or vegans and not the whole country populations.

At least for adults, milk is probably not especially beneficial or harmful for health. For example, the latest scientific evidence confirmed neutral or slightly beneficial associations between dairy products and risk of cardiometabolic diseases (Current Nutrition Reports, 2018). According to an answer on Skeptics SE, milk consumption is not especially beneficial or harmful for bone health. But if you check the below pictures, you can see that in countries with high milk consumption (for example, in Europe), there is a high prevalence of bone fractures and cardiovascular disease. And Russia has a low per capita milk consumption but high prevalence of cardiovascular disease. This means you can't make any logic from the data "by country."

Here are some data for veganism by country from another answer: 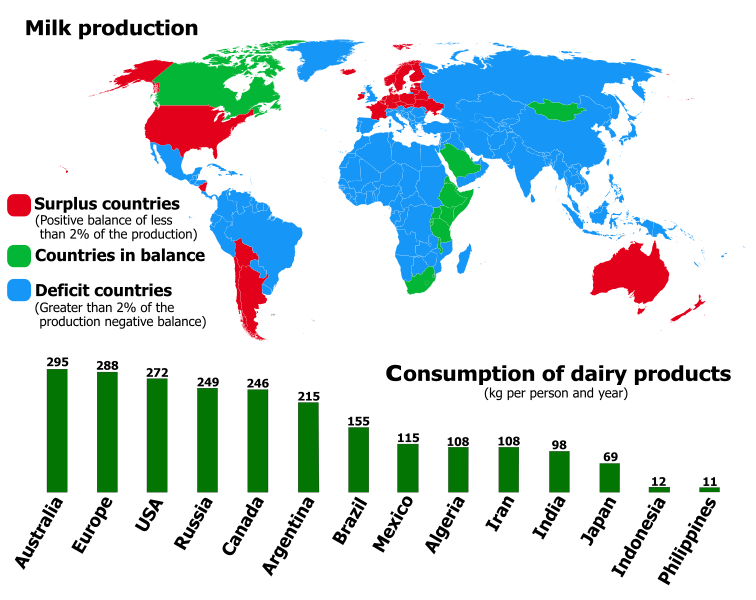 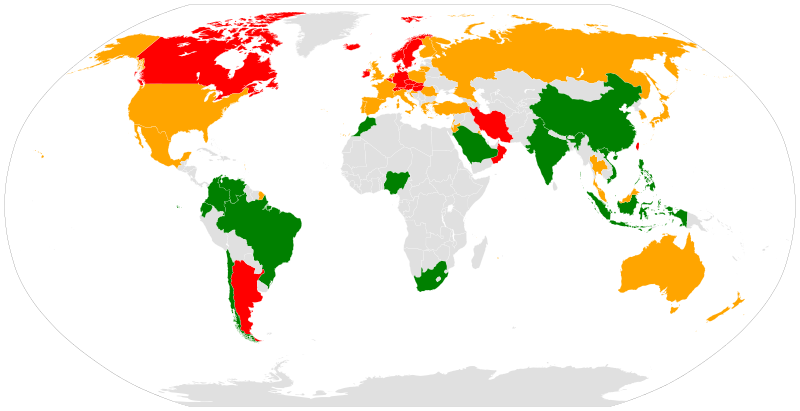 Not the answer you're looking for? Browse other questions tagged veganism milk or ask your own question.

10
Which country has the highest number of vegetarians?