What is the ethical vegan attitude towards free-range animal products?

Also, these animals can't survive without humans taking care of them, so they can't just be set free into the wild (of course, we can let the species go extinct, but I don't see any point in this).

So, the more precise question would be: what is the problem (from an ethical vegan's point of view) to consume the milk of a cow, or the eggs of a chicken, or the wool of a sheep, or the honey of bees, etc. that are taken good care of?

At the source of it, for many vegans the idea of using animals is flawed, it implies that they are our property do with what we like.

The situations you mention where they are taken good care of are rare, but let me address each one you mentioned.

Cows only produce milk after giving birth, so they are artificially inseminated (repeatedly) so as to keep producing it. That's not really avoidable even if you're taking care of them.

At this point you're getting lots of calves, females can become dairy cows, males are a burden because you can't send them for slaughter.

Over-production of milk is influenced by the use of things such as Bovine Somatotropin, so the excess you mention is artificially inflated.

Chickens have a fairly even chance to be born male and in the industry those chicks have a bleak and short future ahead of them, however, if you have some chickens in your garden at home, and they lay eggs, they may as well be eaten rather than rot away on the ground.

Plenty of ethical vegans probably won't get too worked up about that, it's a drop in the ocean in terms of egg numbers, but they're not about to go out and get chickens for that purpose either because they won't want to eat chicken periods.

Sheep are bred for maximum wool production, so consequently they need to be sheared.

You have to look at it in the context of the whole system, those sheep exist to make a profit for the farmer, first to produce as much wool as possible, then to be sold as meat.

Honey isn't a by-product, bees collect pollen to make honey to feed themselves. Instead the honey taken has to be replaced with some other food source, that's usually sugar water which is a poor food source for bees.

There are some ways of catching the excess honey that drips out of the bottom of a hive and would otherwise end up on the floor, but that's not going to produce on a scale that makes it more than a fringe endeavour. Again many ethical vegans will not object to people eating that otherwise wasted honey.

So why not eats eggs and honey and wear wool?

First and foremost I don't feel like I'm missing out on this stuff, I don't think about it day to day unless someone asks me a question about it. It's not a problem to be solved, I solved it already for me.

But if you wanted to, the only way to ensure the wellbeing of all the animals involved would be to keep them yourself. At that point you're practically a farmer, that's just not going to make sense for a vegan because if you were going to be a farmer you'd grow kale.

Veganism is not about animal welfare it is about animal's right to life, to a free life and to not be treated as property. Regardless of how well an animal is treated, there's almost always some sort of subjugation of cruelty along the process of collecting animal products.

I think the previous answers address some really important ideas. I just wanted to add onto those here.

Consumer labels such as "free range" are very misleading. From Humane Farm Animal Care certification website: The USDA’s (and industry standard) definition for "Free Range" is that birds must have "outdoor access" or :access to the outdoors." In some cases, this can mean access only through a "pop hole," with no full-body access to the outdoors and no minimum space requirement. In practice this means that most chickens, for example, even though they are considered free range, will never actually go outdoors. There might be a tiny hold in the side of a shed housing 100,000 birds that leads to a small fenced area outdoors, so most of the chickens won't have access to it often or at all.

In addition, male chicks are ground up alive (macerated) upon being sexed. I know this sounds insane, but it's industry standard practice in the US, UK, and many other countries.

Regarding your comment about farmed animals being bred to produce large quantities of eggs, milk, wool, etc., I would counter that humans can simply breed fewer of these animals. After all, isn't it better not to have been born than to be born into a life of suffering? Cows used in the dairy industry must be constantly impregnated to keep producing milk, and this means that their calves are taken from them at a very young age so that humans can use the milk. Dairy cows and egg-laying chickens have also been bred to produce debilitating amounts of milk and eggs. In the case of cows, their grotesquely large and heavy udders often develop mastitis; and chickens lose bone mass and develop osteoporosis at a young age from the nutrient loss that accompanies such high egg production.

Even chickens not bred for egg-laying, but for meat consumption, often have ghastly health problems. They've been bred to grow so large so quickly that they develop heart, bone, and immune conditions; sometimes their legs will break under their own weight and they slowly die of dehydration or infection. 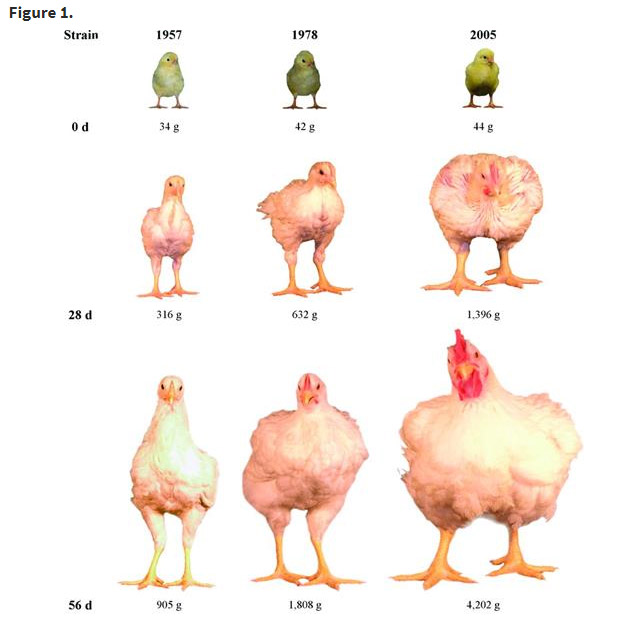 Regarding wool, sheep have been bred to have wrinkly skin in order to increase the surface area from which wool can grow. This greatly increases the chances of fly strike because the wool retains dirt and moisture in which blow flies can lay their eggs. The maggots then consume the sheep's flesh. In Australia, a practice called Mulesing is commonly used to prevent fly strike around the hindquarters of sheep. Strips of skin around the rump are cut away, often without the use of anesthetics.

Which brings me to my last point: tail docking and castration in pigs. Both of these procedures are performed on piglets without any anesthetics.

I hope these answers are helpful.

David S already gave a a good answer on why the products might not be as ethical as they seem, so I'm giving an answer on why a vegan wouldn't consume/use animal products even if they are as ethical as they seem. While this is inherently opinionated and varies from vegan to vegan, I'm trying to include as broad a variety of reasons as I can so that at least one should apply to a given vegan who refuses to make a particular exception. These reasons broadly include practicality (1-5), human cognitive biases (6-10), and ethics (8-11).

Sorry for the lack of citations. I added parenthetical notes where I think they would be most useful if someone wants to edit them in.

With these assumptions, here's why an animal welfare vegan might still decline to consume/use animal-derived products that came into human possession without causing animal suffering.

The use of anything an animal produces is not vegan even if it is free range. An animal cannot give consent to use using excess they may produce. The conditions and manner animals are handled is not kind, compassionate, or for the sake of the animals. Even small farms view animals as what can they produce and how can I profit from this animal.

5
How are cows harmed in dairy farming?

17
What specific ethical concerns are there about the use of sheep's wool?
8
What vegan food should I feed to a baby?
9
Would we be overrun by cows and pigs if we stopped slaughtering them?
8
What kinds of vegan sausage casings/skins are there?
6
Could wool from sheep living in an animal sanctuary be considered vegan?
3
Which vegetal foods grown in Canada are good sources of fat?
10
Is eating gelatin consistent with veganism on consequentialist grounds?
4
Can a vegan ethically buy animal leather knowingly?
2
Is there convincing RCT research showing a plant-based diet can reverse or reduce the risk of serious diseases when compared to a "healthy" omni diet?